For several years now I have had the urge to travel which has been a dream of mine before marriage and children. My husband was never keen on the idea until one afternoon in 2016 he said, "let's do this!" The next day I began to sell, donate and give away items from my home. He was a bit shocked when he got home from work. I immediately called a realtor and our home sold within 24 hours for more than we were asking. I had sold, donated and given away EVERYTHING so that the day we moved we didn't even need a truck. We were able to drive away with everything we had left in both our vehicles. We moved to a smaller place directly across from the beach to enjoy the sunrise and sunsets for the following year before taking off to travel full time!

I always tell my mom that I am living vicariously through her. She has always been the type of person that is not afraid to travel places. She doesn't even mind getting lost and says those have been her best adventures. My father was the same way and I never really appreciated this about them more than now.

They traveled by ship to Africa when I was only 6 weeks old in 1958. Who does that with a new born? Now that I have had my own children I often think how crazy that would be to do now much less in the 50's. When I became a grandmother I was horrified at how my grandparents must have felt at them leaving with their grandchild. Talk about anxiety!

I have to admit that at my age I more than admire both my parents for their adventuresome spirit. My brother inherited those genes and loves to travel too. I do enjoy discovering new places more than most but not at the level my parents did. I think because I grew up that way for the first decade of my life I now feel the urge to follow in their footsteps instead of living vicariously through their memories.

Lavinia Spalding, 43, writing and teacher in San Francisco said it best: Don't think about it too much. Don't make pro and con list. Pro and con list are nothing but trouble. If you think about it too much, you'll just end up staying home and then someday you'll be telling your grandchildren, "I always wanted to do that" instead of showing them photos of the trips you took and giving them advice on where to go. Over the years, family and friends have said to me, "I'm living vicariously through you." Don't ever live vicariously. This is your life. Live!  ....quoted from the book Vagabonding by Rolf Potts 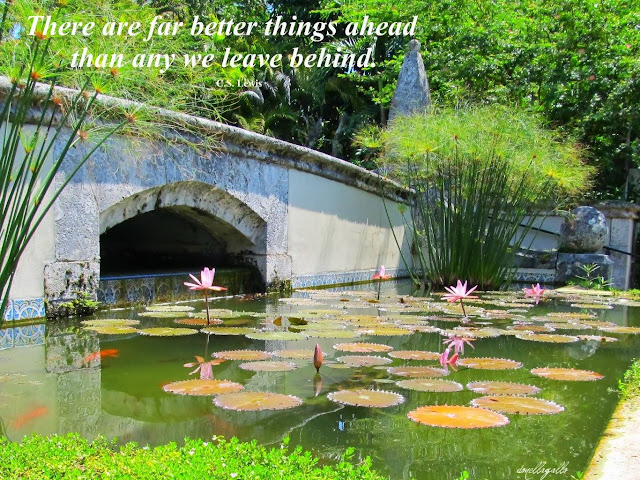 I took this picture at Bethesda by the Sea garden.


at August 23, 2016
Email ThisBlogThis!Share to TwitterShare to FacebookShare to Pinterest

Click here to read our interview with Nomadic Matt!

Our Photos of Places we have traveled....